From Paris to Rome and A Few Stops In Between 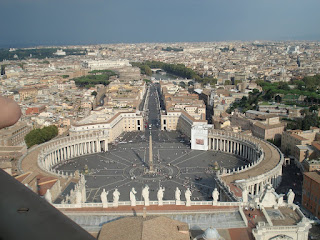 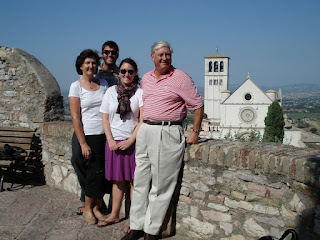 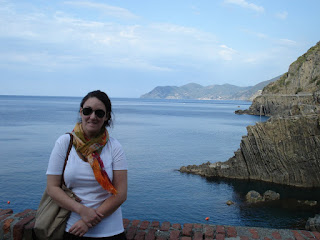 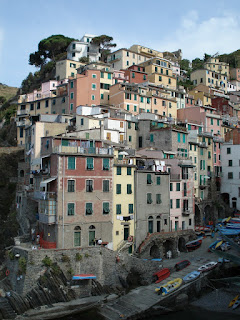 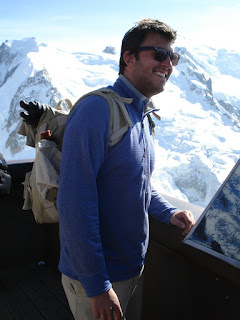 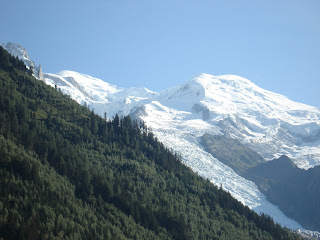 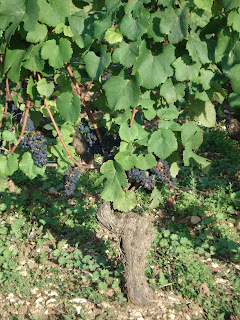 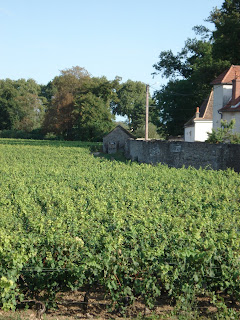 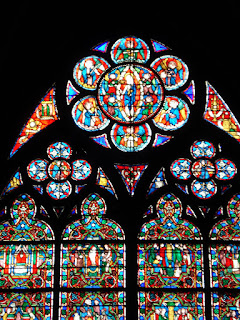 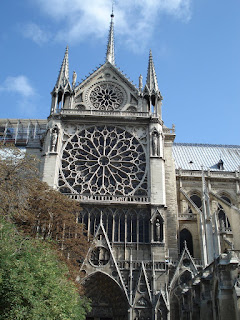 It was an ambitious itinerary, planned with enthusiasm and love – sort of a pilgrimage to remember Megan at this first anniversary. We would fly to Paris and drive to Rome, seeing as much as we could see. And now we have returned from that journey, weary from the 10 hour flight and a lost but found bag, but filled with new perspectives on the world in which we live. It was a trip of a lifetime.

In Paris we arrived an hour ahead of schedule and decided to take the train into the city. We immediately got ourselves separated at the train station, giving us an opportunity to test our phones which fortunately worked. There is nothing better than stepping off a train in a foreign city and seeing two people you know and love right there waiting for you. Our rooms were ready and we regrouped for an evening at the Louvre. We smiled back at the Mona Lisa and studied the Winged Victory from every angle of light. Later, we walked all the way to the Arch Triomphe, admiring the view of the city from the top. Saturday was bright and chilly as we walked across Pont Neuf to visit La Sainte-Chapelle and light candles in Notre Dame and then meander through the streets of St. Germain du Prix, enjoying coffee and way too many croissants. We spent the afternoon visiting the Eifel Tower – a favorite picture of mine is the photo Owen took of himself with the tower rising out of his head - and the Musee D’Orsay, returning to the charming Left Bank for dinner and to watch the full moon come up over the river Seine.
Midday on Sunday we picked up our reserved rental car (well, it wasn’t quite that easy) and headed three hours south to Burgundy. Our hotel, Hotel du Clos was charming and we visited the Chateau Pommard winery, had a fabulous tour of the largest private vineyard in Burgundy. Had we stayed a few days we possibly could have helped with the harvest as the vines were heavy with lush, sweet grapes. We tasted grapes of 500 year old vines which we were told distinguish the best of the pinot noir grape and sent a few bottles home for special occasions.

Monday, we left the rolling vineyards and headed to the Alps. It was the Mont Blanc we were in search of, rising above the fun energetic town of Chamonix. Our hotel was in the middle of town at the base of the high-speed lift that would take us to the"Aiguille du Midi" which translates "needle of midday" and is called this as the sun sits directly over the peak at noon when viewed from the town. We could look out and up – way up – and see it. Better yet, we could walk ten-minutes to the lift and be transported to 14,000 feet of spectacular vistas of snow-capped Alps.

What goes up must come down and Tuesday seemed to be the day of tunnels, coming out of the Alps and into the Piedmont region of Italy. We saw beautiful castles when we weren’t underground, and the road through Genoa was fast-paced to say the least. We enjoyed seeing the Mediterranean Sea at a distance, but by the afternoon had woven our way to the town of Monterossa, arriving at the Cinque Terre, the charming collection of five villages by the sea. While the driving and navigating was probably great sport for the guys in the front, I can speak for the girls in the back that too many curves spoil the view. Now, we purposely did not make a reservation and discovered that it was a church festival day with every room booked. As luck would have it, we asked a second time and finally found one room with four beds in a hostel-like setting. Quite fine, except for the train that shook our beds every hour. At dinner over anchovy pizzas, we met three young American women who became our new friends. One was related to a classmate of Megan’s – it is a small world. The next morning we took the train to the last village and worked our way back, stopping and experiencing the uniqueness of each little village.

There were just as many curves leaving Cinque Terre, but finally we were on our way to Florence, or so we thought. They say all roads lead to Rome, but that doesn’t hold true for Florence. We seemed to get further south faster than we intended, ending up in Siena which was way too crowded, but offered us the tremendous basilica – one of Mike’s favorites. He can tell you many of the floor’s mosaic stories. From there we meandered on to the beautiful Tuscan hill town of San Gimignano – the medieval town of fourteen towers (there were 60). We stayed at a hotel inside the walled town and as the tourists left, we blended in with the locals, enjoying a dinner on the piazza with a violin concert to entertain us, weighing the pros and cons of backtracking to Florence.

Still debating, we decided Florence would just have to wait for another time. How many duomos can one visit anyway? We stayed in Assisi Thursday night and Friday morning wisely hired a friendly and knowledgeable guide who showed us the town and cathedrals in two hours. She told the story of St. Francis in a most enjoyable and understandable way. What a surprise to visit the tremendous Basilicas of St. Francesco and St. Claire in beautiful Umbria (pronounced OOM bria).

We left Assisi, enjoying beautiful Italian countryside all the way into Rome. Returning the rental car to the airport was a bit of a challenge but once we found Hertz, we were whisked to our hotel by a taxi driver who could not only cross three lanes of traffic in a split second, but also talk on two cell phones and point out places of interest to us – all at the same time! I had not appreciated the driving of Dr. Feelgood until this point in the trip.

This is the first year the Vatican Museum has opened on Friday nights and we had reservations for a guided tour. We got more than we paid for. Our guide had to have been an Art History professor and she was as animated as she was informative, leading us through the Vatican Museum which is room after room of sculptor, tapestries, and work of the great Masters, ending in the beautifully restored Sistine Chapel. I think we all left a little dazed and speechless. Raphael will leave you breathless.

Saturday, we saw just some of the many sights of Rome, including the spectacular St. Peter’s Square and Basilica. Blair was impressed that about the same number of people can fit into the square and basilica as can fit into Bryant-Denny Stadium at Alabama. It too seemed to be at sell-out capacity, maybe because the Pope was there. It’s hard to believe that just a tad smaller was the ancient Colisseum we visited on Sunday. It felt strange, visiting on Sunday, knowing that if I had been a Christian then I could have easily been executed here by the crazed emperor Nero. Worship doesn’t always come easy. We meandered through the Forum, wondering at the remains of what was once a thriving civilization. As I viewed what was left, I mentally tried to fit all that I had seen into my little brain which by now felt like a melting gelato. The Roman Empire spanned the time period between about 145 B.C. and 400 A.D. And there we were, looking at what was left of the most extensive and powerful empire in the world – in ruins. And yet, from Paris to Rome, we had witnessed another power - the story of Christ - the one the Roman soldiers put to death - from basilica to basilica, from painting to painting, sculpture to sculpture, all interpreted consistently and maintained beautifully for the world to see and discover. I could not help feeling overwhelmed at God’s plan for mankind – and that I had a small place in all of it.
Posted by Unknown at 11:16 AM 3 comments: Links to this post

When God Comes Near Waiting in the Miracle of His Presence

The BRMCWC “Selah” Book of the Year Award

The Director’s Choice Award for Best Book by a Conferee

BLUE RIDGE MOUNTAINS CHRISTIAN WRITERS CONFERENCE is one of the largest Christian writing conferences in the country and draws conferees from across the nation. The conference covers most areas for writing from novels, nonfiction books, screenplays, visual media, devotions, freelance, children's, magazine articles, Internet content, and more.The theme of the 2011 conference was "Write Courageously" based on 1 Thessalonians 1:3 "We remember before our God and Father your work produced by faith, your labor prompted by love, and your endurance inspired by hope in our Lord Jesus Christ." NIV

Are you experiencing grief today? Looking for some encouraging words? Follow this link to journey along:

RADIO INTERVIEW
Listen to Marcia interviewed by Tim Morrison talking about writing as a business with Mimi Schroeder, publicist. Log onto: http://writeherewritenow.businessradiox.com